From the very first page I was completely drawn into the lives of the Gleesons and Stanhopes. The writing was exceptional. The characters, the details, the setting, the atmosphere, all worked perfectly to create something special.

It’s a story of two families. A story that spans decades. It’s a tragedy, a love story, a book about the defining moments of life. It’s a beautifully written moving story with great character development. It’s a slow burner. It’s a character driven story and one of the most memorable books I’ve read this year. It is also heartbreaking in parts.

I absolutely recommend it. But be warned – expect a bit of a book hangover after finishing the last page.

And I thought the cover design was great. It suited the story and was clever, it was only after finishing the novel and then looking at the cover again did I appreciate it even more. Wonderful.

Ask again, yes by Mary Beth Keane is a clever and complex novel and I loved every page of it.

I received a copy of Ask again, yes from the publisher – Thank you!

Gillam, upstate New York: a town of ordinary, big-lawned suburban houses. The Gleesons have recently moved there and soon welcome the Stanhopes as their new neighbours. Lonely Lena Gleeson wants a friend but Anne Stanhope – cold, elegant, unstable – wants to be left alone.

It’s up to their children – Lena’s youngest, Kate, and Anne’s only child, Peter – to find their way to one another. To form a friendship whose resilience and love will be almost broken by the fault line dividing both families, and by the terrible tragedy that will engulf them all. A tragedy whose true origins only become clear many years later . . .

A story of love and redemption, faith and forgiveness, Ask Again, Yes reveals the way childhood memories change when viewed from the distance of adulthood – villains lose their menace, and those who appeared innocent seem less so. A story of how, if we’re lucky, the violence lurking beneath everyday life can be vanquished by the power of love. 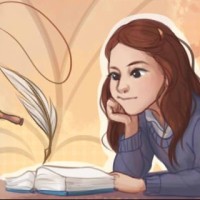 Thoughts on Books and Video Games

welcome to the virtual library

Reading with My Eyes

lots of tales from the spine, your place for book reviews of all kinds

A guy hunting for thrillers across the world, and a firm believer in the power of tea

~ a home for bookish musings

the url of my website is inspired by the friday night lights catchphrase "clear eyes, full hearts can't lose"

Come and talk to me about books